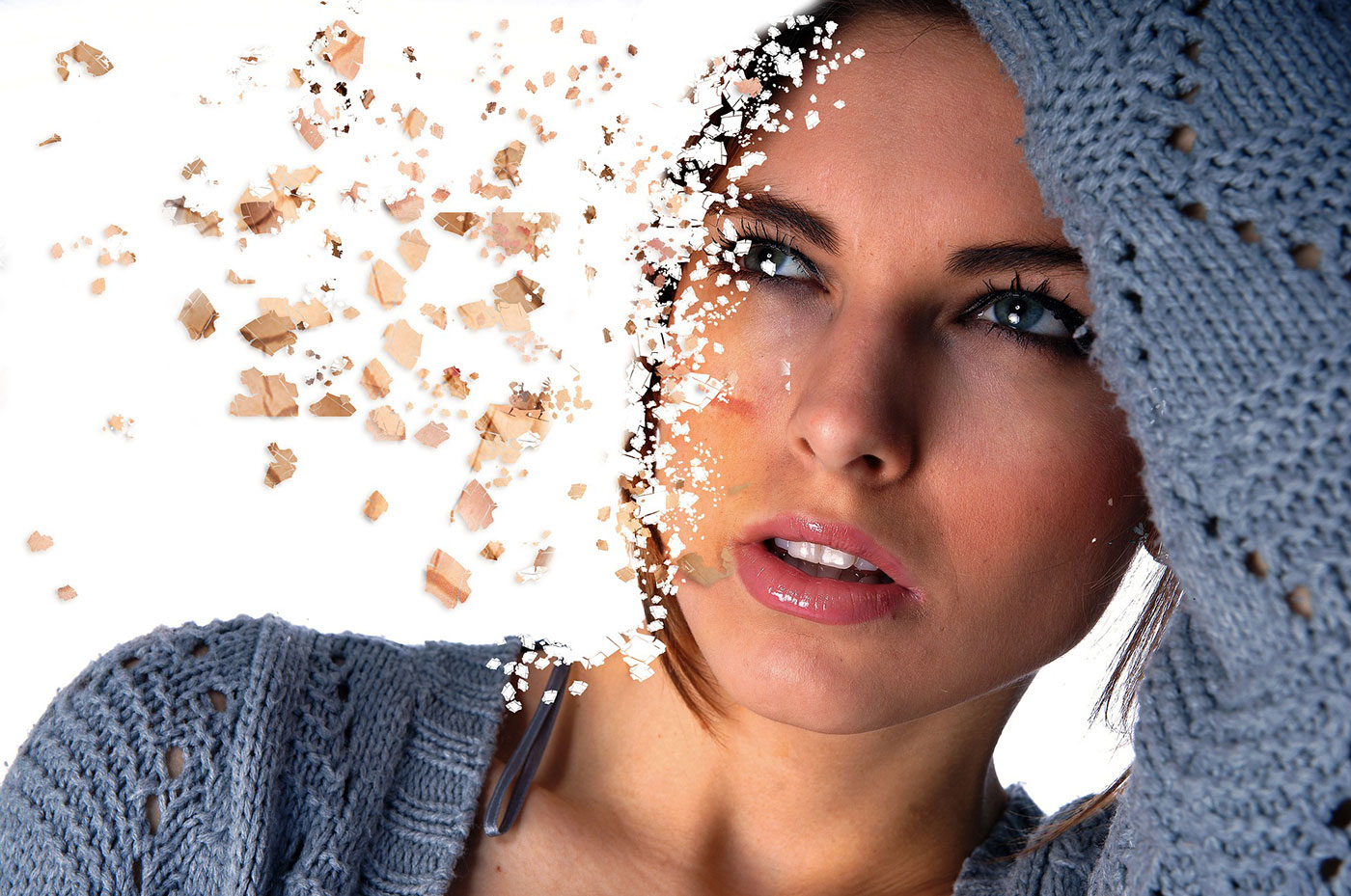 by Du1tADmin623
in duit, Uncategorized
Comments

If you saw Mario from Super Mario Bros, Reality Tv personality “Big Ed”, and Elon Musk CEO of Space Ex, singing in the same choir with your own eyes would you believe it? While this has never happened in real life, there is a deepfake video where they (and many other personalities) team up and harmonize and sing side by side.

A deepfake, according to the Merriam Webster Dictionary, is “an image or recording that has been convincingly altered and manipulated to misrepresent someone as doing or saying something that was not actually done or said.”

Deepfakes had a dark and horrifying origin story, but for a while now it has grown past its beginnings and infiltrated mainstream culture.

Deepfakes are a multifaceted tool, and as such, it can and has been used in both positive and negative contexts. Deepfake technology has been used to alter politicians’ words, to keep an actor in a film after they have passed, to create memes, and to give cancer patients a form of communication after they lost the ability to speak. The possibilities are endless. Similar to any emerging technology contemplating the future of this technology is partially daunting and partially exciting.

In a time where slightly editing or altering pictures is commonplace, deepfakes aren’t surprising but what do every day people need to watch out for?

At DUIT, our goal is that you all stay safe and educated.

We use cookies and similar technologies to recognize your repeat visits and preferences, as well as to measure the effectiveness of campaigns and analyze traffic. By clicking “Accept All”, you consent to the use of ALL the cookies. However, you may visit "Cookie Settings" to provide a controlled consent.
Cookie SettingsAccept All
Manage consent

This website uses cookies to improve your experience while you navigate through the website. Out of these, the cookies that are categorized as necessary are stored on your browser as they are essential for the working of basic functionalities of the website. We also use third-party cookies that help us analyze and understand how you use this website. These cookies will be stored in your browser only with your consent. You also have the option to opt-out of these cookies. But opting out of some of these cookies may affect your browsing experience.
Necessary Always Enabled
Necessary cookies are absolutely essential for the website to function properly. These cookies ensure basic functionalities and security features of the website, anonymously.
Functional
Functional cookies help to perform certain functionalities like sharing the content of the website on social media platforms, collect feedbacks, and other third-party features.
Performance
Performance cookies are used to understand and analyze the key performance indexes of the website which helps in delivering a better user experience for the visitors.
Analytics
Analytical cookies are used to understand how visitors interact with the website. These cookies help provide information on metrics the number of visitors, bounce rate, traffic source, etc.
Advertisement
Advertisement cookies are used to provide visitors with relevant ads and marketing campaigns. These cookies track visitors across websites and collect information to provide customized ads.
Others
Other uncategorized cookies are those that are being analyzed and have not been classified into a category as yet.
SAVE & ACCEPT
DUIT CORE CAPABILITIES

In the ever evolving environment of the Cloud, DUIT is the cutting edge computing option.

If you aren’t using cloud computing at this stage in the game, the game has surpassed you. DUIT recognizes this and uses the most exemplary Cloud Computing programs to assure high functionality across networks big and small. DUIT offers IaaS, PaaS, and SaaS. Of these options, we pride ourselves on our fluency with SaaS Amazon Web Services (AWS). AWS has industry-leading cloud processing capabilities protected by over 250 different security measures, compliant with the Department of Defense’s (DoD) Criminal Justice Information Systems Policy (CJIS), Export Administration Regulations (EAR), Department of Defense (DoD) Cloud Computing Security Requirements Guide (SRG), and other compliance regimes. DUIT is currently assisting a classified DoD agency in architecting and deploying cloud solutions using Amazon Web Services while promoting enhanced collaboration to reduce IT costs and improve IT efficiencies.

The Front End, the Back End, and everything in between; DUIT has it covered.

DUIT gets help from SonarQube to make sure there are no hiccups along the way. Fluent in 27 programming languages, SonarQube ensures a high developer velocity, continuously evaluating and fixing vulnerabilities to ensure no bug goes undetected. Using continuous integration programs such as Azure DevOps and Jenkins DevOps, among other CI/CD servers, helps satisfy the myriad clients we have. Using Taint Analysis, we can track untrusted user input in a program from the point of vulnerability back to the “sink” where the location occurs. Thus, increasing the integrity of the code DUIT has created and helping SonarQube’s built-in security check against The Open Web Application Security Project Top 10 and SANS Organization Top 25.

DUIT utilizes the best practices identified by the International Council on Systems Engineering (INCOSE) to deliver quality systems that meet our customers’ needs. We focus on defining customer needs and required functionality early in the development cycle to make quality deliverables from the start. We maintain quality throughout its life cycle. We know what systems engineering is needed from concept to operation for agile, traditional, and nontraditional development cycles. We validate systems at all milestones and have experience using DoD and IC test and evaluation processes. We are experts at drafting all DoD acquisition artifacts and systems engineering documentation.

None! At DUIT, we pride ourselves on having the best PMP-certified Project Managers that utilize the industry’s best practices for project management approved by PMI. Our experts have managed agile, waterfall, and spiral project development lifecycles in both industry and government settings. DUIT staff performs a variety of senior-level engineering tasks that are broad and related to the management of system design, risk reduction, implementation, and integration, including personnel, hardware, software, and support facilities and equipment. DUIT senior consultants serve as key engineering people on projects for both customers and the project teams and provide guidance and support to technical and programmatic requirements derivation.

Progress can’t be made without adversity. At DUIT we pride ourselves on giving 110% into any challenge big or small to ensure a product that satisfies the customer as well as creating something the developer can be proud of. We know our employees are more than capable of tackling anything that comes at them and aren’t afraid to tackle greater tasks at hand.

If you are not evolving your skills or adding tools to your set, we must’ve missed something. DUIT provides the tools and training to ensure that our customers and employees are constantly advancing in their fields.

“It is obvious to me that DUIT cares about my growth, not only within my career but also my growth as an employee, having provided me all the training that I need to thrive in my new position.”

Though DUIT has a myriad of positions available, you are not susceptible to just one. At DUIT we pride ourselves in opportunity. We want to see you at your best potential and we will do what it takes to ensure that you are placed in a position tailored to your skillsets. DUIT keeps your resume and contact information on file should a position come up that we feel you would excel in. DUIT uses a talent and management acquisition tool to seek out candidates and manage our large database of candidates. Using government defined labor categories, we can match up a specific contract position with a qualified candidate with ease, ensuring our contract positions fill fast. In addition, we also utilize other acquisition services such as Cleared Connections, Indeed and LinkedIn.

Someone once said, “All work and no play makes Jack a dull boy.” At DUIT, we agree! Mental, physical, and emotional health all matter deeply to us and finding a good work-play balance is imperative to success no matter what field you enter. A declining mental health due to a lack of work-life balance can lead to a variety of issues that can range from stress-related illness to depression.

At DUIT we make it a priority to ensure every employee practices some sort of self-care.

We provide plenty of opportunities to our employees to attend fun work seminars, outings to Baltimore Orioles and Baltimore Ravens games, and opportunities for free food! Who doesn’t like free food?!